For some months now, Robert has been writing a book and is now in negotiations to write a second.  Well it would appear he’s not the only one in demand!

I started Hemorrdroids.net with a couple of Android loving friends at work around 9 months ago and we’ve built and built on it, becoming more known in the genre.  My hardware reviews have apparently caught the eye of some people as just before Christmas I was contacted by someone from TechRadar, the UK’s biggest tech website, asking if I might be interested in writing reviews for them.

Initially they were offering a Milestone 2 to be reviewed, but I wasn’t available to receive delivery for it, so we waited for another opportunity.

At the beginning of February that opportunity arose in the form on the Dell Streak, with a FroYo update on it.  They couriered the device to me and I set it all up to enable me to use it as my main device for a week.  This in itself was a new experience for me, I usually use a device for just a couple of days and often not as my main device, but if I’m getting paid, I need to do this right!  I’m not sure what I’ll do if they ask me to review a terrible device, I’ll be itching to use my own phone, but I’ll cross that bridge when I come to it! 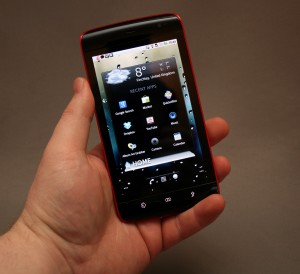 The week passed, the Streak’s a reasonable device so it wasn’t too bad and I set about writing my review.  They’d asked me for it to be at least 2,000 words (which seemed reasonable, my own Desire HD review was around 2,500 words) and had provided a structure I should stick to.  They wanted quite a lot of pictures and screen shots, but that shouldn’t be a problem either, as I have a decent ‘mini’ studio set up already.

The first draft took somewhere between 5 and 8 hours, on two sittings, and off it went.  With Techradar being owned by Future Publishing, I think the main man from TR has to pass it to them to look over.  Within a couple of days the feedback returned.  Generally it was positive for a first review, many have to be almost rewritten apparently.  Having said that, there then followed a huge big list of extras they wanted in each section!  I don’t mind saying, even with the praise, this was rather demoralising.  Most of it revolved around ‘assuming too much knowledge of the reader’.  This meant quite often I had said something like ‘the messaging app is the stock Android messaging app’.  They wanted me to talk through what the stock Android messaging app is.  I was rather annoyed with this really.  I didn’t know I’d signed up to review Android as well as the device!

Anyway, I know Android well, so I figured it wouldn’t be too hard to add in.  A couple of hours later, with some more screenshots, off the article went again, this time weighing in at just over 4,500 words.  It would appear this was then sufficient as three days later I noticed the review had been published on their website!

Although this was published on the 23rd February, I am still trying to get paid my £200 for the review (I guess they liked the review as they originally said I would only get £170 for my first one!)  I guess with Future Publishing being such a big company, there are many hoops you need to jump through.  I’ve already filled out 2 forms and now I think I have to submit an invoice to them.  Still, I still have the Streak and they’re not getting that back until I’ve been paid!