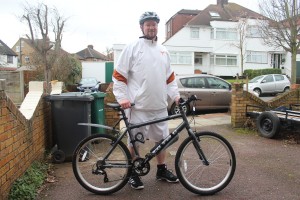 I’ve been going to the Gym on and off for around 23 years now.  The ‘on’ period I was having approaching Christmas was a pretty good one, starting back in June 2010 I’d been pretty consistent, Foursquare would tell me I was on a 40 week streak, going at least once a week, even through our Texas holiday.

My original target of dropping below 20 stone again (having peaked at 21st 5lbs) was accomplished, at one point weighing in at 19st 1lb.  This had gone back up again and I was hovering around 19st 10lbs,

Whilst on secondment at Waitrose Hitchin, I was given Christmas Eve off, perhaps the first one in several years, so I decided to get myself to Fitness First in Finchley.  I was a little surprised when I got there to see a notice on the door saying they were closed and a G4S security guard actually turning people away! 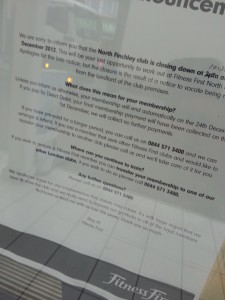 The notice said it would close people’s memberships if Finchley was their home gym.  My problem would be, my home gym was Baker Street, but my next 4 months I would be working in Whetstone and would have wanted to be using the Finchley gym.  Surprisingly, a simple phone call and an explanation of my position and they cancelled my membership for me then and there.

What to do now?  Virgin Active was an option, but me not knowing where I might be working in 4 months meant I didn’t really want to be tied to a contract.

I then had the idea to get myself a bicycle.  Halfords had some at half price, so I could get a reasonably good one for only £200 plus a few extra’s like a helmet, lights, locks and such.  All told, I was sorted for only £240, just over what I would pay for 3 months gym membership.

The next question was what Android App would I use to track my cycling.  The popular choice appeared to be Endomondo.  It allows you to plot your route on your PC in advance, then you can follow it on your phone.  It would also keep track of a variety of statistics and even keep pace against my previous best times over a certain route.

My first ride, I just did 3 miles round Mill Hill and had to get off and walk the first time I tried to climb up to Nether Street! The times came down and down and it wasn’t long until I was doing 4 miles in the time I initially did 3.

A few issues with Endomondo stopping part way through and I changed to Strava.  It doesn’t have quite as many features, but is a little more robust and will keep tracking when different things happen on my phone.

Whilst Strava wont monitor my pace, it does allow you to create segments on a route you’ve ridden.  Then, each time your ride, it compares your time against others and keeps a table.  You get awards for being fastest over a segment, or even just for doing a personal best. 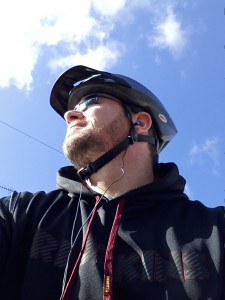 Right now I’m up to 5 miles routes, taking around 25 minutes, but I think I need to take a step up and plot something in the region of 8 miles.  This should hopefully still only be around 40 minutes and is much easier to do than plan in a trip to the gym.  I can do it in the morning, evening, weekends, as opposed to the gym where I would try and avoid busy times like the evenings.

The only problem with my plan thus far is the weather hasn’t been very good.  It’s snowed twice and the temperatures have often been down at 2 oC, which is just too cold for me to be out cycling in.  This has meant that so far my weight has stayed the same.  Hopefully if I can step the distance up and the weather warms a little, I can be out cycling more often and I can try and get down under 19 stone eventually.