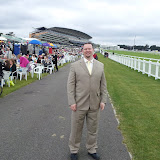 All round it was an enjoyable day, even if the weather became a little overcast and threw the occasional shower on us.

I decided not to take a camera and relied on my Galaxy S2, which provided some rather amazing photo’s for a phone! 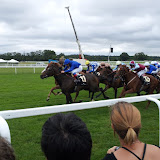 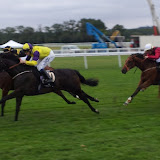 I was getting better photo’s than people using compacts!

It was a little slow at times, as there was half an hour or so between races, but there was a live band there to entertain us, and pretty good they were too. 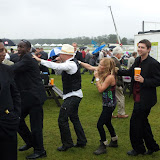 I only had one bet, all of us threw £5 in and we chose two horses in the final race.  They can be seen in this picture, the one in the yellow, which finished second, and the one in the purple and red sleeves. 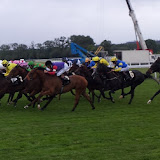 Unfortunately, we had money on them to win, so nothing for me by way of winnings.  Gary and Kay came home with 3 figure profits though, so well done to them!

The food was actually quite good, if a little expensive, plenty of staff meant you never had to queue for anything and we even got away without paying the £100 for parking our coach!

A fun day I would recommend to everyone to do at least once.  It was only £15 for a Silver ring ticket, so not as expensive as you might think.

Take a look here at all the photo’s from the day, all taken on my SGSII.