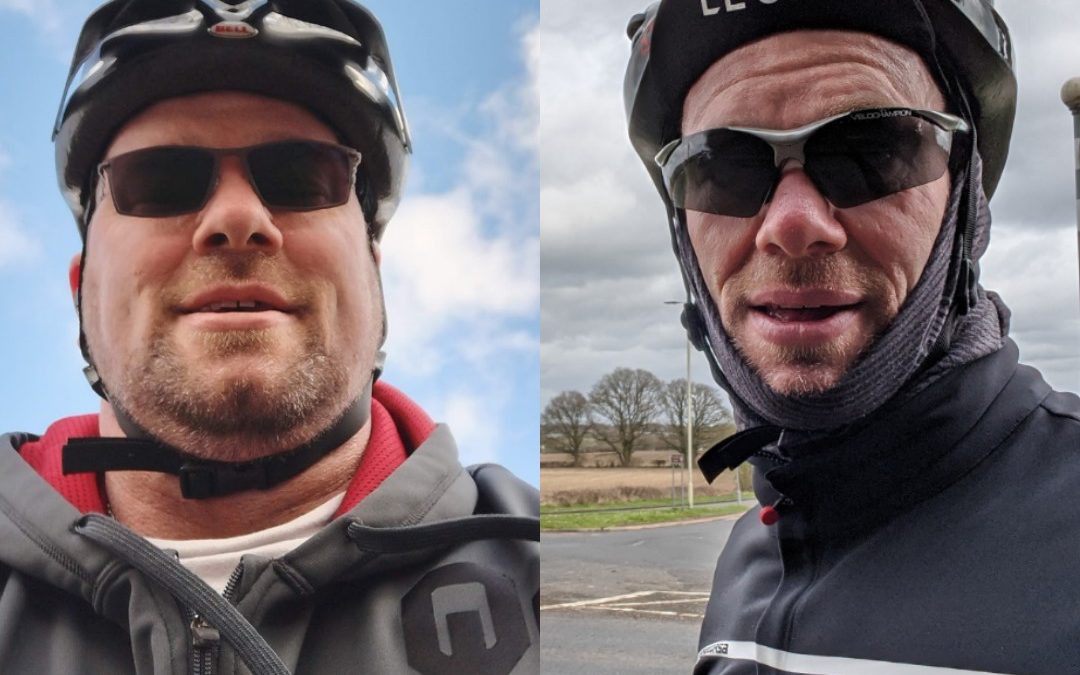 It was 10th Match 2019 that I took my old bike from the garage and set off on a 3 mile ride in order to try and drop a few pounds.

One year on, 6½ stone lighter and things are very different now…

If you’d told me last February that I’d be making myself salads with peppers and beetroot in, I think I’d have said you were mad, but that’s the place I’m in now.

Snacking has been cut down and is generally much more healthy too. I do have some biscuits in the house still, but they’re mainly nutty or protein heavy. Most days I will have a plate of fruit, including an apple, some grapes or strawberries, a kiwi fruit or maybe a banana if I’m about to exercise.

Another thing I wouldn’t have believed a year back is that I can now go jogging. I’d always said anything over 600m was too far for me to run, and that was before knee surgery and a ruptured disc! Now, with the weight gone, as the weather worsened and the nights drew in, I was surprised to find my body seemed to cope just fine with running. Throw in by this time I was actually quite fit and I was able to run a few 5k’s each week, straight away. In January I did my first Parkrun with some friends and this year I hope to complete an official 10k… provided the Coronavirus doesn’t have everything cancelled!

It’s almost amusing, the reaction I get from people. Many customer at work stop me and ask about my weight loss. Having dropped 6 stone in the first 6 months, it was rather noticeable and I think people thought I’d found some amazing mystery secret to weight loss. You could see the hope drain from their face as I would tell them it’s done through a lot of hard work and determination.

I did some maths on the last 365 days and if you wanted to replicate what I did, here’s a three day rolling routine –

Keep doing that, non stop for an entire year! That’s quite a lot of exercise I think?!

Then comes the diet. Initially I was only eating 1,700 calories, which looking back now I still wonder how on earth I did that! As the exercise increased, gradually my calories did too. Looking back through my Strava rides you can see the distance increase through the year, so I needed more calories to fuel them. Quite quickly I was up to around 2,100 calories a day and then I levelled out around October to 2,500 / 2,700 calories, which is where I am now.

That’s not to say I don’t have bad days. I think it’s important to let yourself enjoy food still, so every Sunday (well, Monday’s now) is still kebab night with my brother and I’ll still occasionally treat myself to a big take out.

On the whole though, my diet is a great deal healthier than previously. I feel like now I’m aware of calories, I’ll never go back to how I ate before, but I guess only time will tell…