END_OF_DOCUMENT_TOKEN_TO_BE_REPLACED

Following last years epic trip to California, we weren’t really sure how we’d follow it in 2012.  Initially we’d thought about Florida, possibly even Canada but then I saw the Redskins would be playing the Cowboys on Thanksgiving Day in Cowboys Stadium! Much as I hate the Cowboys, they have arguably the best stadium in the world and I wasn’t going to miss the Redskins playing there on Thanksgiving!

After a quick look on eBay, it wouldn’t be hard to get tickets, so plans started to develop…

END_OF_DOCUMENT_TOKEN_TO_BE_REPLACED 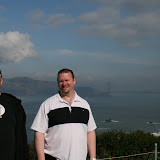 I’ve not been over to America for 6 years, since me, Robert and Pete went over to Maryland in 2005. Last month me and Robert finally went back for a 10 day trip round California.  We’d been planning (and saving) for 4 months so I was looking forward to it more than any other holiday I’d had in a long time and it didn’t disappoint.

We were flying out the Friday before Thanksgiving week. We had an early start, the flight was on time at 11am and even though we were stacked for an hour or so at San Francisco airport, we landed around 2pm PT. END_OF_DOCUMENT_TOKEN_TO_BE_REPLACED