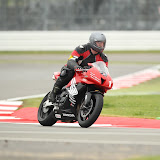 So on Thursday I’d been at Brands Hatch and it hadn’t quite gone to plan.  A month or so earlier I had also booked Ron Haslam Race School at Silverstone, which perhaps worked for the best as I had no choice but to get back in the sadle and back on the track!

It was to take place on Bank Holiday Tuesday, I was going with a couple of the Waitrose security guys and their friends, a group of six of us in all. 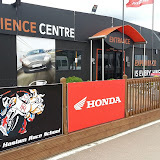 The idea with the Race School is they provide the bikes, leathers, helmet, gloves and boots, you literally just turn up empty handed.  This was ideal for me, I didn’t have helmet I could use, nor a bike for that matter!

We set off nice and early and arrived (narrowly missing a police chase/pile up behind us on the M1) at around 11am, following a brief stop at Waitrose St Albans. 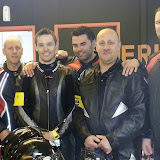 We watched some of the other’s riding round, it looked quite a slow pace, which made me feel a little better about things!  We had to pair up, I asked them to put me with the slowest rider of the group, I was told this was Steve has he hadn’t ridden in a long time.  They later explained 25 years ago he used to race bikes professionally!

Anyway, we signed in, got our gear, listened to the briefing and headed down to the pit area where me and Steve were introduced to our instructor Paul Berryman.  He seemed a nice guy and talked us through how things would happen.  The basics of it, we would follow him round for 15 minutes, he would observe us and we would swap positions half way through. 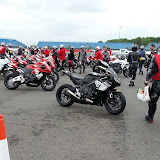 It wasn’t a good start when during this initial chat, someone came sliding off on the bend going round the pit area!

Anyway, off we went on the CBR600RR’s.  Initially the bike did feel a little cramped, but I soon didn’t notice that, apart from the difficulty I had getting my boot under the gear change lever, which I think meant I wasn’t changing gear as much as I should.  On my 1000cc I can perhaps get away with this a little more, on a 600 I think it meant I was coming out of corners a little slow.

The first session was mainly about getting used to the track.  It was a relatively slow pace, a few specs of rain started to appear.  I felt a little uncomfortable having to stick to someone else’s pace and worrying I was going to slow for my partner behind me. Still, it went okay, I started to recognise a few of the corners by the end.

During the next chat in the pits, we talked about how to position ourselves on the bike for each bend, moving our posterior out off the seat, leaving everything else in line until the lean is needed.

Unfortunately, the rain started to slowly sprinkle a greasy layer over the track. Again, whilst chatting with our instructor, someone else came off on the bend right in front of us.  Not confidence inspiring in the grip on the track. 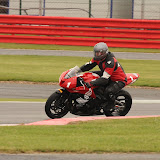 Still, off we went for the second session. I felt my lines through corners were pretty good, although I did find trying to follow Paul’s lines I was turning in a little early.

I was very nervous in this session, really not wanting to bounce down the track again, my bike and gear or not, it wasn’t something I was looking forward to.  I concentrated on preparing for bends, getting in position and braking before leaning the bike round and things started to fit together much better.

In the first session I’d caught myself out, trying to catch back up and coming in to corners too fast, dropping a gear or two and locking the rear wheel up as I began a corner.  Not a good time for the rear wheel to be wavering about at high speed.  In this second session, despite my nerves about the conditions, everything was much smoother. 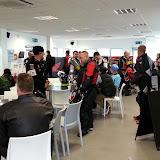 The gap between the second and third session was a bit longer, we have another briefing to talk about gearing round the track.

By the time we went out for the last session, you could see a dry strip in the racing line round the track.  As the session progressed I started to feel comfortable again, much like I did in session three at Brands Hatch.  I started hitting the corners with a little more speed and I think Paul was quite pleased with my progress, commenting if it had been dry I would have had my knee down.  Oh well, that will have to wait for now. 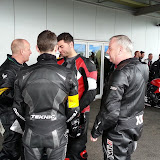 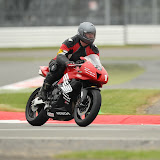 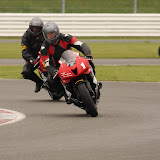 Only a lap after us swapping position, and Steven moving into the trailing position behind the instructor, the session was ended as someone had over done one bend, faded out onto a slick bit of tarmac and come off.  He was fine though. 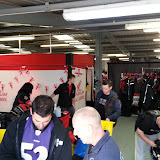 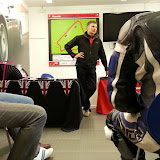 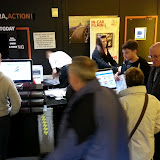 We headed back on the mini bus to the experience centre, returned our gear and went for our debriefing.  We were all given certificates, grades and comments from our instructor. 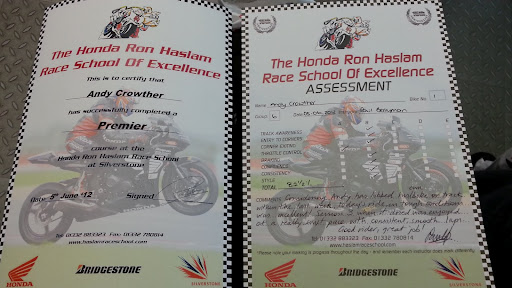 I was pleased enough with my comments and grade, and pleased I’d got round with out coming off this time!

All in all it was a good day, I think I learnt some things I can put to practise on my next track day.  Maybe once I have a few track days under my belt, a bit more experience, I might gain more by going back again.